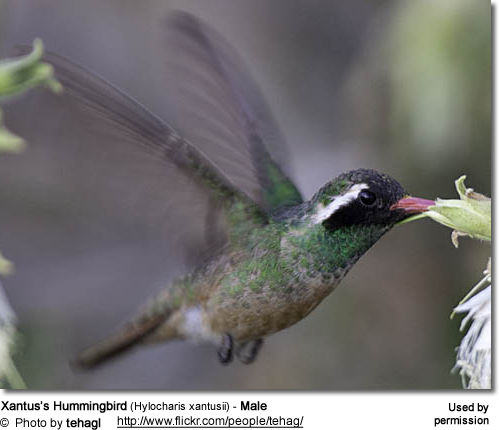 They are vagrants to southern California, where some nesting activities have been reported. Some travel up the Pacific coast of North America to British Columbia in Canada.

Their natural habitats include arid scrub, desert, mesquite trees and backyards with their favored feeding plants or attracted by hummingbird feeders. 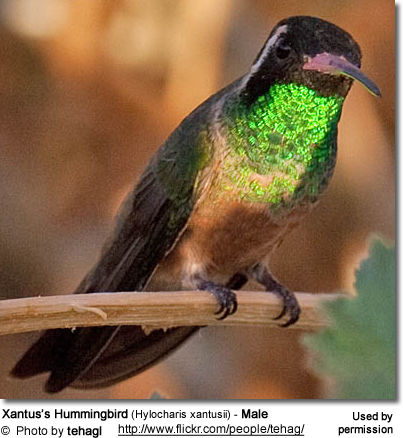 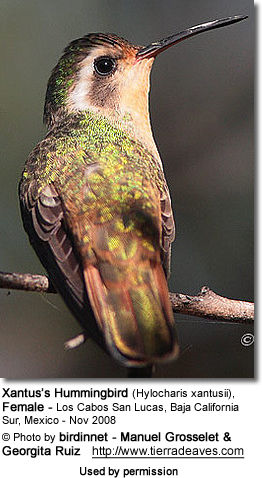 The upper plumage is mostly green. The dark tail is straight. Both males and females have a distinctive white eyestripe, with ablack eyestripe below the white one. The plumage below is cinnamon brown. 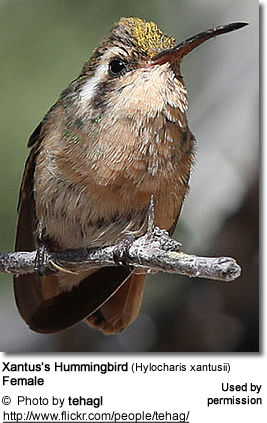 The female protects and feeds the nestlings with regurgitated food (mostly partially-digested insects since nectar is an insufficient source of protein for the growing chicks). The female pushes the food down the chicks' throats with her long bill directly into their stomachs.

She broods the chicks only the first week or two, and then they are left alone even on cooler nights after about 12 days - probably due to the small nest size. The chicks leave the nest when they are about 20 days old. 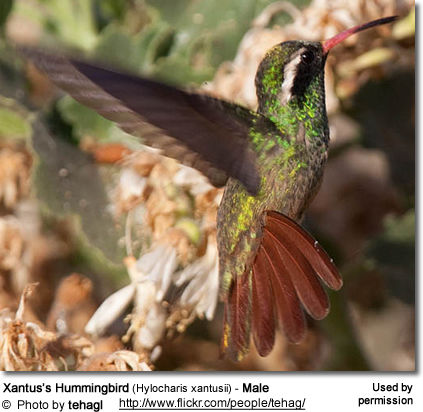 The Xantus's Hummingbirds primarily feed on nectar taken from a variety of brightly colored, scented small flowers of trees, herbs, shrubs and epiphytes. They favor flowers with the highest sugar content (often red-colored and tubular-shaped) and seek out, and aggressively protect, those areas containing flowers with high energy nectar. They use their long, extendible, straw-like tongues to retrieve the nectar while hovering with their tails cocked upward as they are licking at the nectar up to 13 times per second. Sometimes they may be seen hanging on the flower while feeding. 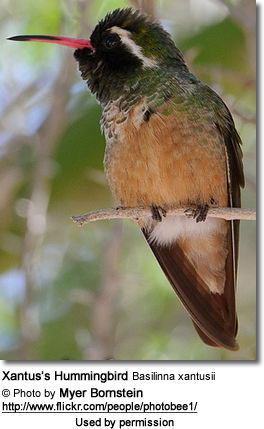