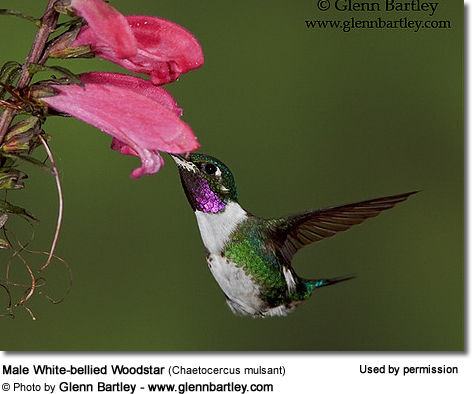 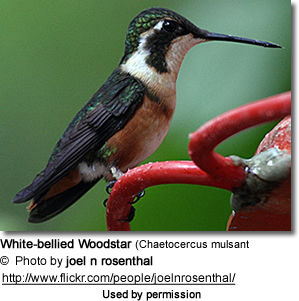 The White-bellied Woodstars (Chaetocercus mulsant) - also known as Mulsant’s Woodstars - are small South American hummingbirds found in the mountains of Columbia south to parts of Bolivia. 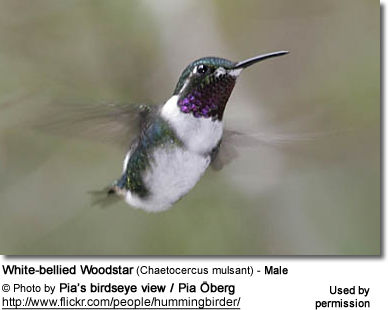 The White-bellied Woodstars occur naturally in the moist forests of Central and Eastern Andes from Columbia, patchily south through Ecuador and Peru, to central Bolivia (Yungas of Cochabamba). 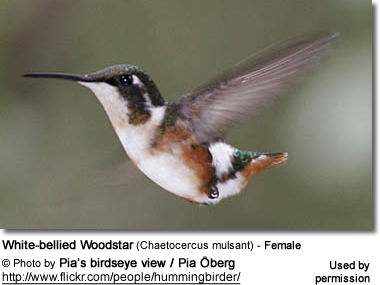 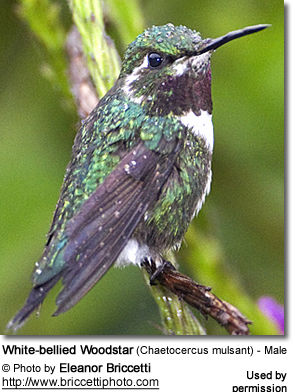 The plumage is mostly glossy green, with white markings below.

Males have iridescent throat patches, which look red-purple in the right light, and short, spiky tails.

Females have instead a white throat (no throat patch), and orange flanks and chest bands. 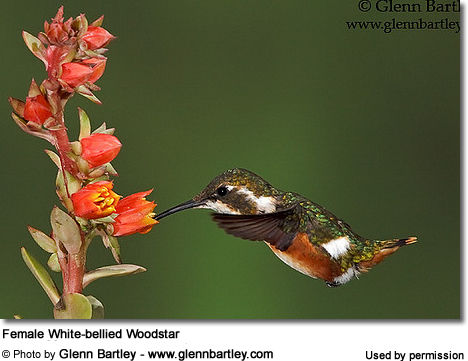 The White-bellied Woodstars primarily feed on nectar taken from a variety of brightly colored, scented small flowers of trees, herbs, shrubs and epiphytes. Even though they usually forage alone, these woodstars main join other hummingbirds in flowering trees. 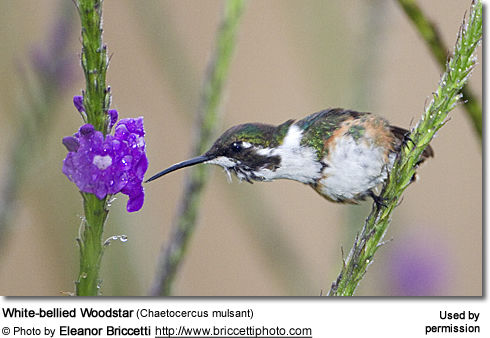 The female White-bellied Woodstar is responsible for building the cup-shaped nest out of plant fibers woven together and green moss on the outside for camouflage in a protected location in a shrub, bush or tree. She lines the nest with soft plant fibers, animal hair and feather down, and strengthens the structure with spider webbing and other sticky material, giving it an elastic quality to allow it to stretch to double its size as the chicks grow and need more room. The nest is typically found on a low, thin horizontal branch. 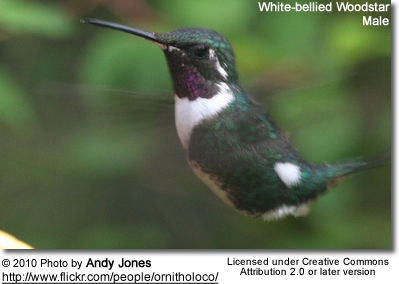 Their calls are described as low "djurt" vocalizations. In flight, the male's wings produce ringing sounds.