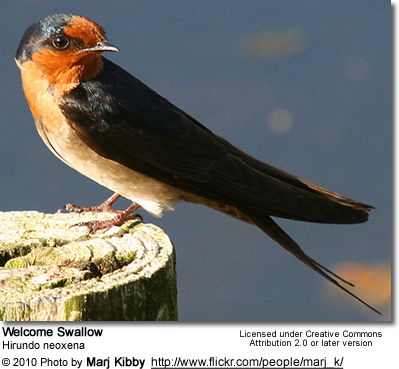 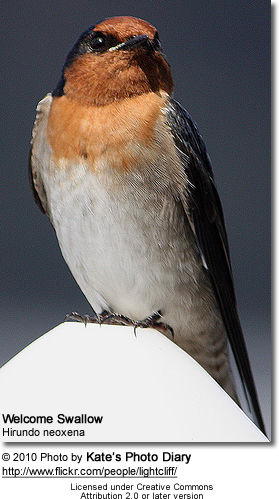 The Welcome Swallow (Hirundo neoxena) is a small passerine bird in the swallow family.

The Welcome Swallow was first described by John Gould in The birds of Australia as a member of the genus Hirundo, but the first publication is often incorrectly given as in the Proceedings of the Zoological Society of London.

It is very similar to the Pacific Swallow with which it is often considered conspecific.

It is a species native to Australia and nearby islands, but not until recently to New Zealand, which has been colonised in the last half century.

This species breeds in southern and eastern Australia in a variety of habitats, but not desert or dense forest. Eastern populations are largely migratory, wintering in northern Australia. Western birds and those in New Zealand are mainly sedentary.

The Welcome Swallow is metallic blue-black above, light grey below on the breast and belly, and rusty on the forehead, throat and upper breast. It has a long forked tail, with a row of white spots on the individual feathers. These birds are about 15 cm long, including the outer tail feathers which are slightly shorter in the female. The call is a mixture of twittering and soft warbling notes, and a sharp whistle in alarm. 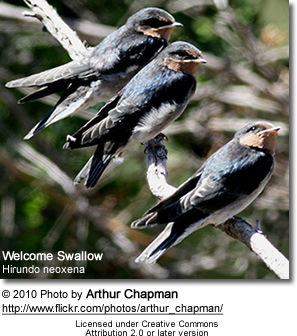 Young Welcome Swallows are buffy white, instead of rufous, on the forehead and throat, and have shorter tail streamers.

The winter range in northern Australia overlaps with that of wintering Barn Swallow (Hirundo rustica), but the latter is readily separable by its blue breast band. Welcome Swallows readily breed close to human habitation.

The nest is an open cup of mud and grass, made by both sexes, and is attached to a suitable structure, such as a vertical rock wall or building. It is lined with feathers and fur, and three to five eggs are laid. Two broods are often raised in a season. 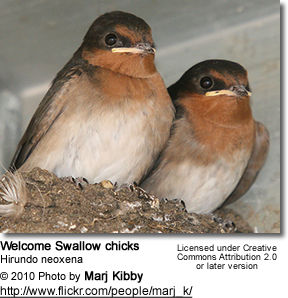 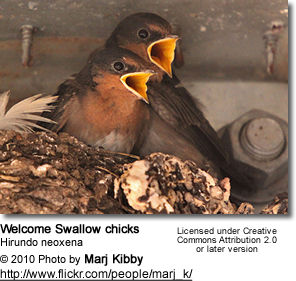 These birds are extremely agile fliers, which feed on insects while in flight. They often fly fast and low to the ground on open fields in large circles or figure 8 patterns. They will often swoop around animals or people in the open. 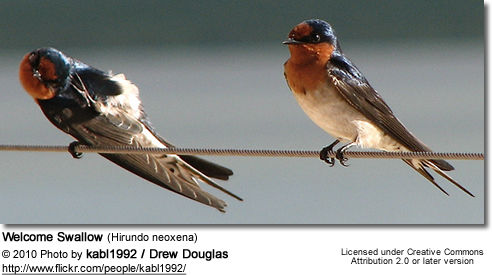 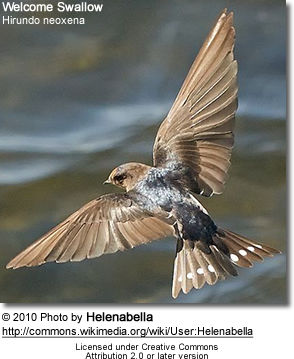 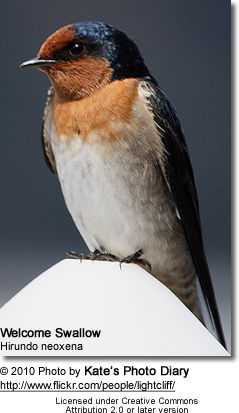 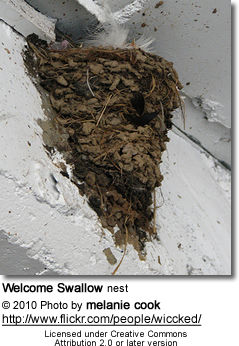 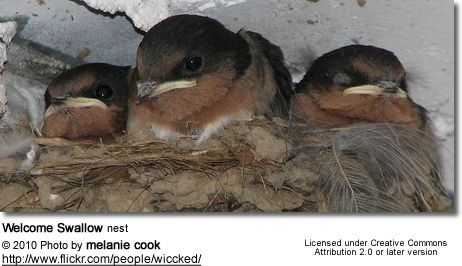 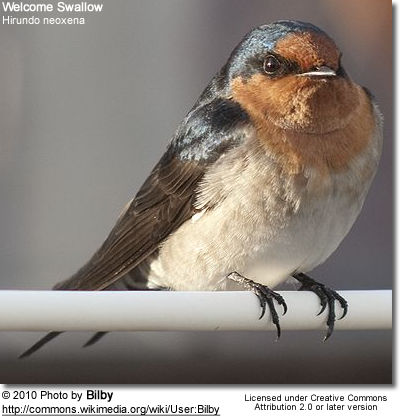