Threskiornis - a genus of ibises 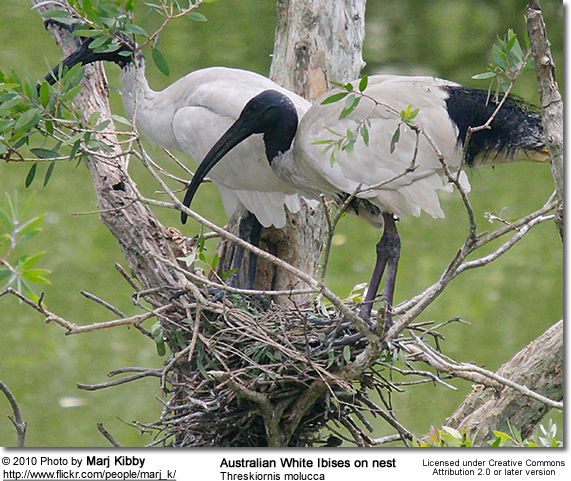 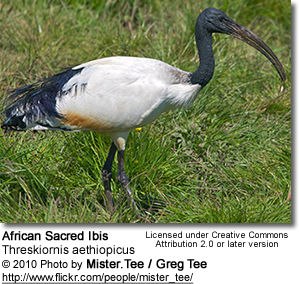 Threskiornis is a genus of ibises (wading birds) that occur in the warmer parts of the Old World in southern Asia, Australasia and sub-Saharan Africa.

They are often observed in large flocks roosting in trees in or near water, bullrush beds or mangroves.

The adults average 75 cm in length. The plumage of most species is white, the exception being the Straw-necked Ibis, which has a dark back.

The bald head, neck and legs are black. The thick bill is down- curved.

Juveniles have a duller plumage and whiter necks. 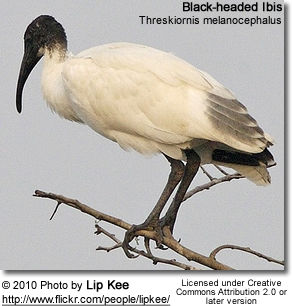