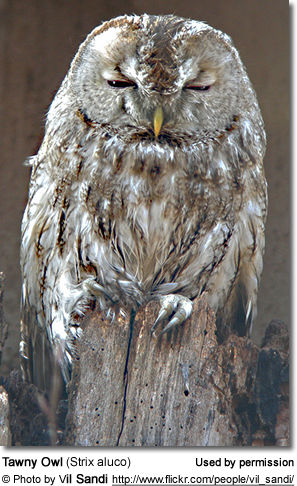 The taxonomy of this owl is disputed. Up to 15 subspecies have been differentiated in the past likely based on the color variations and those factors are influenced by the color of their local habitat (camouflage), the ambient temperature, as well as available food items / prey - and not necessarily by genetics.

It is likely that some of the subspecies will be combined in the future, or new subspecies may be genetically identified ...

Below is a list of most commonly recognized subspecies.

The Tawny Owl is by some authorities considered a subspecies of the below: