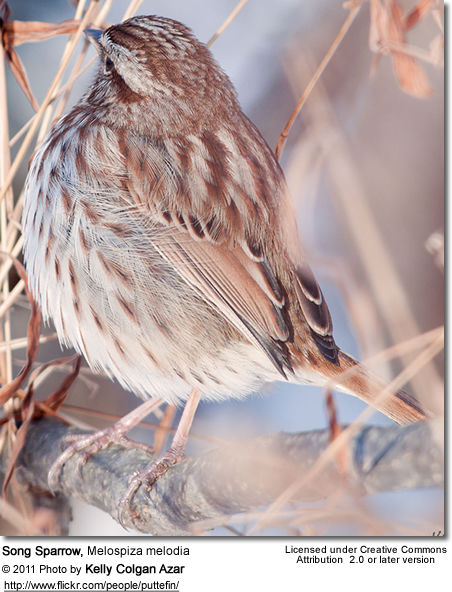 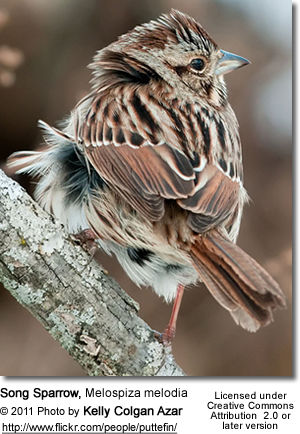 Within their large range, they may very well be one of the most abundant bird species.

They were named for the male's melodious and fairly complex song - used to attract females and to declare ownership of territories.

Song Sparrows occur naturally across most of Canada and the United States.

Vagrants have been reported in Western Europe, Great Britain and Norway. 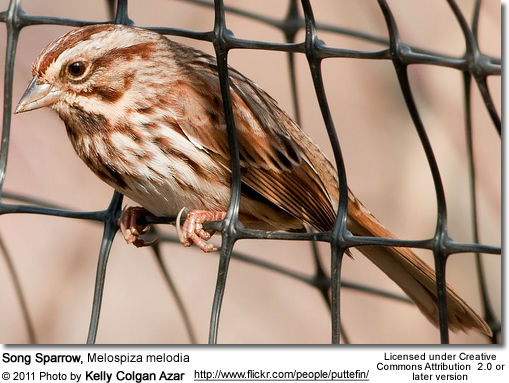 Numerous subspecies have been identified that have been grouped by their ranges. 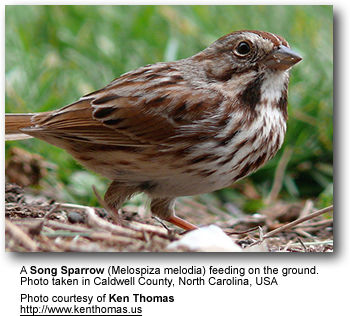 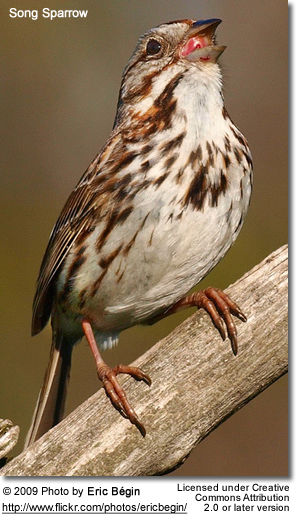 They also visit platform feeders in search of millet and sunflower seeds.

They nest either in sheltered locations on the ground or in trees or shrubs.