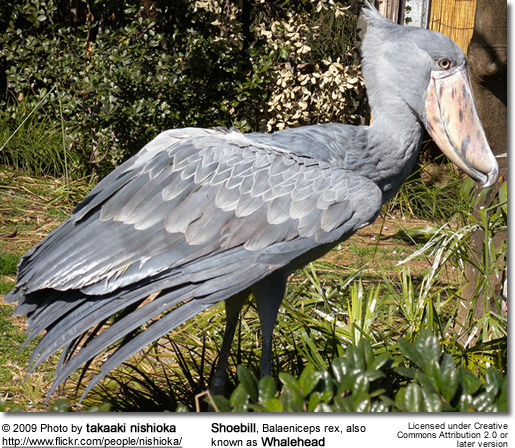 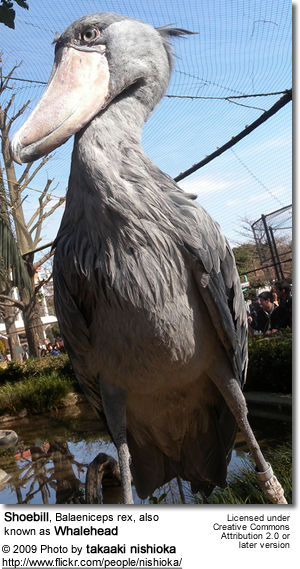 This species was only discovered in the 19th century when some skins were brought to Europe. It was not until years later that live specimens reached the scientific community. However, the bird was known to both ancient Egyptians and Arabs. There are Egyptian images depicting the Shoebill, while the Arabs referred to the bird as abu markub, which means one with a shoe, a reference to the bird's distinctive bill.

It derives its name from its massive shoe-shaped bill.

The adult is mainly grey while the juveniles are browner.

It lives in tropical east Africa in large swamps from Sudan to Zambia.

The population is estimated at between 5,000 and 8,000 individuals, the majority of which live in Sudan. BirdLife International have classified it as Vulnerable with the main threats being habitat destruction, disturbance and hunting. 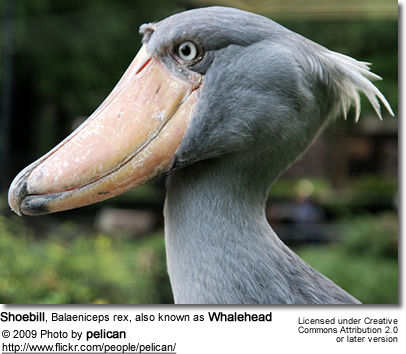 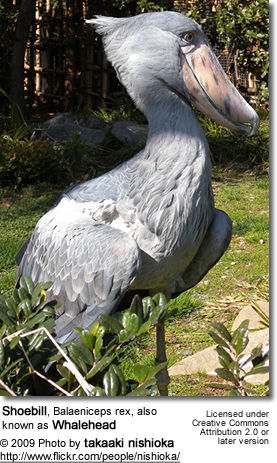 They nest on the ground and lay 2 eggs.

The Shoebill is one of the bird taxa whose taxonomic treatment is murky.

Traditionally allied with the storks (Ciconiiformes), it was retained there in the Sibley-Ahlquist taxonomy which lumped a massive number of unrelated taxa into their "Ciconiiformes".

More recently, the shoebill has been considered to be closer to the pelicans (based on anatomical comparisons; Mayr, 2003) or the herons (based on biochemical evidence; Hagey et al., 2002). A recent DNA study suggests they are part of the Pelecaniformes (a possibly invalid order of medium-sized and large waterbirds found worldwide)

But actually, the dispute has turned out to be mainly one of where to draw the boundary between Ciconiiformes and Pelecaniformes, or whether to draw it at all. Since cormorants and relatives are probably not actually Pelecaniformes, a solution adopted by some modern authors is to merge the "core" Pelecaniformes with the Ciconiiformes. The Shoebill and the Hammerkop (Scopus umbretta) are the "missing links" that connect pelicans and storks, and including the pelican lineage in the Ciconiiformes expresses this more adequately than other treatments do. 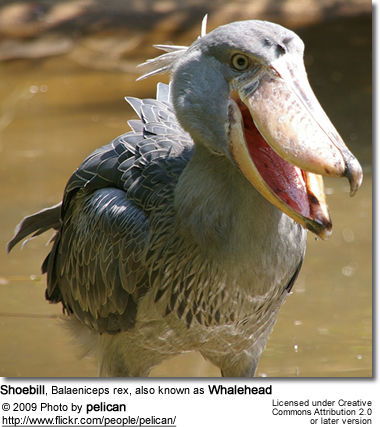 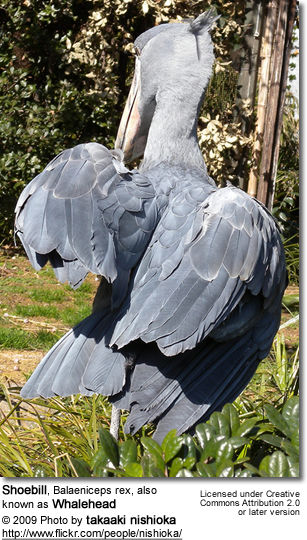 So far, two fossil relatives of the shoebill have been described:

It has been suggested that the enigmatic African fossil bird Eremopezus was a relative too, but the evidence for that is very spurious indeed.

All that is known of Eremopezus is that it was a very large, probably flightless bird with a flexible foot, allowing it to handle either vegetation or prey. 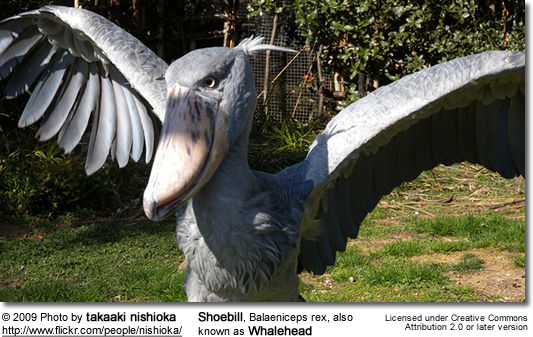