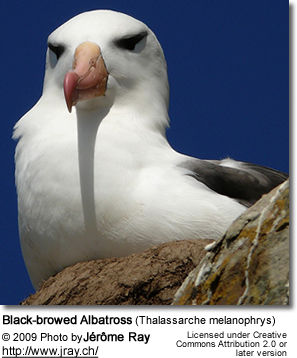 The mollymawks are a group of medium sized albatrosses that form the genus Thalassarche.

The name has sometimes been used for the genus Phoebetria as well, but these are correctly called sooty albatrosses.

They are restricted to the Southern Hemisphere, where they are the most common of the albatrosses.

They were long considered to be in the same genus as the great albatrosses, Diomedea, but a study of their mitochondrial DNA showed that they are a monophyletic taxon related to the sooty albatrosses, and they were placed in their own genus.

Mollymawks have what has been described as gull-like plumage, with dark black backs, mantle and tails and lighter heads, underwings and bellies. The heads of several species are often slightly darker grey, or have dark around the eyes. They all have a colorful pinkish flesh stripe from their gape to their ear that is shown during displays. They have distinctive bill structure and coloring which makes for easier identifying than other Albatross. The bills of mollymawks are either brightly colored orange or yellow, or dark with several bright yellow lines.

Mollymawk Island near South Georgia gains its name from them. 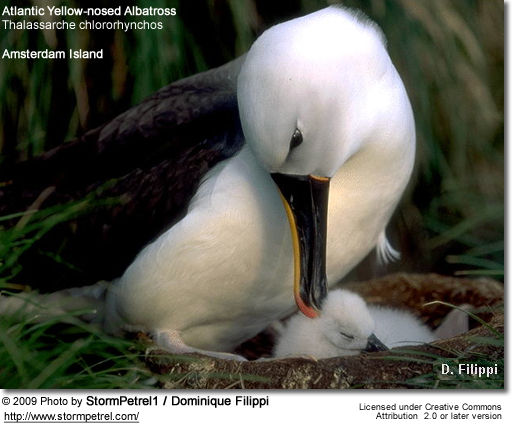 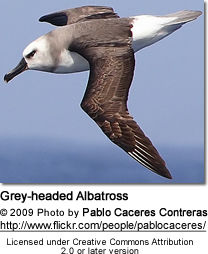 The name mollymawk was coined in the 17th century from the German rendering of the Dutch Mallemugge, which meant mal - follish and mok - gull.

Mollymawks are a type of Albatross that belong to Diomedeidae family and come from the Procellariiformes order, along with Shearwaters, Fulmars, Storm-petrels and Diving-petrels.

They share certain identifying features. First, they have nasal passages that attach to the upper bill called naricorns. Although the nostrils on the Albatross are on the sides of the bill. The bills of Procellariiformes are also unique in that they are split into between 7 and 9 horny plates. They also have a salt gland that is situated above the nasal passage and helps desalinate their bodies, due to the high amount of ocean water that they imbibe. It excretes a high saline solution from their nose. Finally, they produce a stomach oil made up of wax esters and triglycerides that is stored in the proventriculus (stomach). This is used against predators as well as an energy rich food source for chicks and for the adults during their long flights.

The fossil species Thalassarche thyridata known from a skull fragment from the Late Miocene of Victoria, Australia shows that the genus had already diverged from the sooty albatrosses 10 mya. 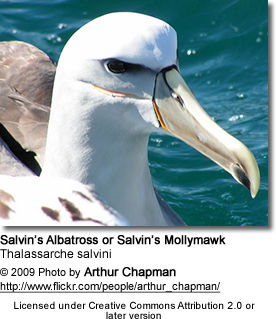