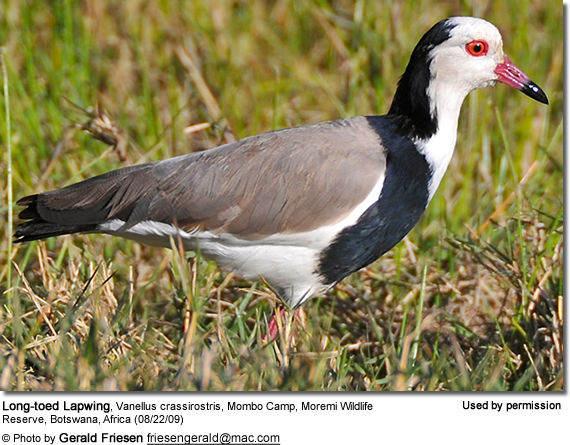 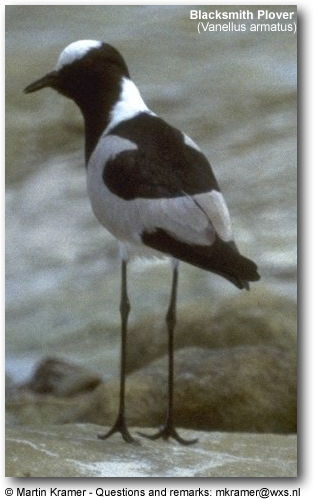 Lapwings are medium-sized wading birds belonging to the subfamily Vanellinae of the family Charadriidae, which also includes the plovers and dotterels. A lapwing can be thought of as a larger plover.

The traditional terms plover, lapwing, and dotterel were coined long before modern understandings of the relationships between different groups of birds emerged: in consequence, several of the lapwings (subfamily Vanellinae) are still called "plovers", and the reverse also applies.

While authorities are generally agreed that there about 24 species of lapwing, classifications within the subfamily remain confused. At one extreme, Peters recognised no less than 19 different genera; other workers have gone as far as to group all the lapwings into the single genus, Vanellus. Current opinion appears to be that a more moderate position is appropriate.

These long-legged waders mostly have strongly patterned plumage. Although the most familiar northern hemisphere lapwing, Northern Lapwing, has a wispy crest, only two other species do so. Red or yellow facial wattles are a more typical decoration.

A group of lapwings is called a "deceit".