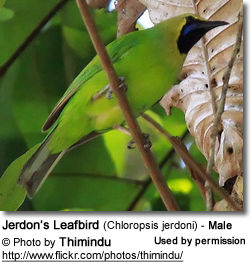 The Jerdon's Leafbirds (Chloropsis jerdoni) are small colorful songbirds that occur naturally in India south from southern Gujarat (Gulf of Cambay), central Uttar Pradesh, Bihar and West Bengal and Sri Lanka. They inhabit deciduous monsoon forests. They usually remain high up in the canopy of trees searching for insects to feed on. 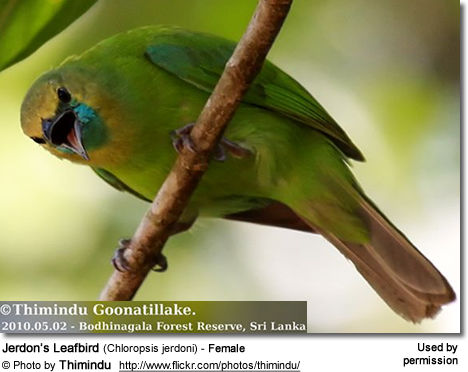 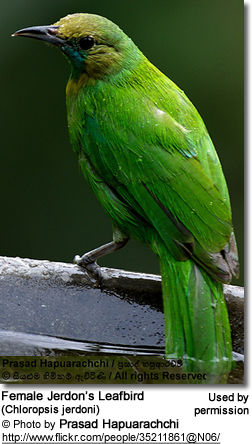 The males and females can easily be differentiated in most species, as the females are typically less colorful. 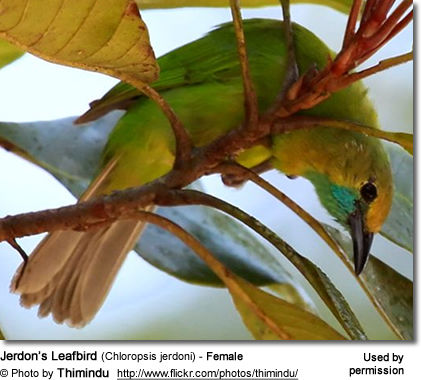 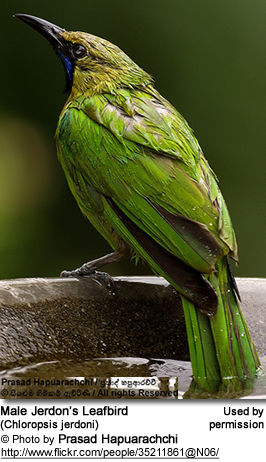