Buzzards ... Birds of Prey ... The Sport of Falconry 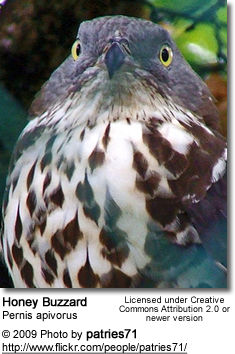 The Honey Buzzard (Pernis apivorus) is a bird of prey in the family Accipitridae which also includes many other diurnal raptors such as kites, eagles and harriers.

Despite its name, this species is not related to the true buzzards in the genus Buteo, and is closer to the kites.

It is a summer migrant to most of Europe and western Asia, wintering in tropical Africa.

Being a long distance migrant, the Honey Buzzard relies on magnetic orientation to find its way south, as well as a visual memory of remarkable geograpical features along the way (Mountain ranges, rivers etc...). This species follows precise migratory routes that avoid large expanses of water over which it cannot soar. Accordingly, great numbers of Honey buzzards can be seen crossing the Mediterranean sea over its narrowest stretches, such as the Gibraltar Strait, the Bosphorus, or in Israel.

It faces many problems when on its way to Africa, such as hunting, especially around the Mediterranean Sea, the weather, and the long Sahara Desert crossing.

It is a specialist feeder, living mainly on the larvae and nests of wasps, although it will take other small prey. The specific name apivorus means "bee-eater", although bees are much less important than wasps in its diet.

The Honey Buzzard breeds in woodland, and is inconspicuous except in the spring, when the mating display includes wing-clapping. Breeding males are fiercely territorial. 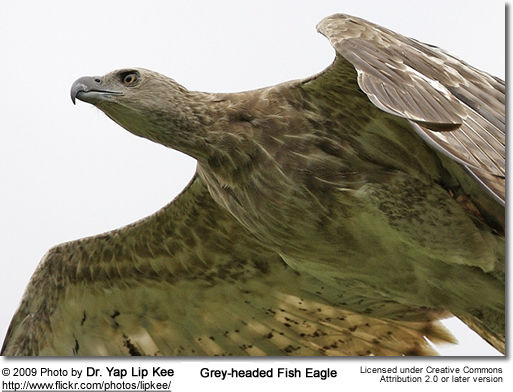 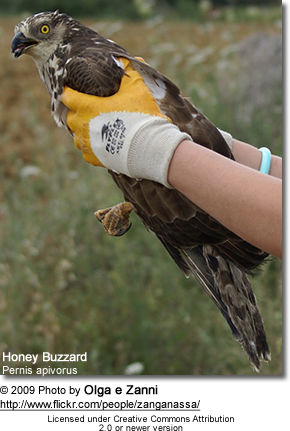 The 52-60 cm long Honey Buzzard is larger and longer winged (with a 135-150 cm wingspan) than the Common Buzzard Buteo buteo.

It appears longer necked with a small head, and soars on flat wings. It has a longer tail, which has fewer bars than the Buteo buzzard, usually with two narrow dark bars and a broad dark sub-terminal bar.

Interestingly, the sexes can be distinguished on plumage, which is unusual for a large bird of prey. The male has a blue-grey head, while the female's head is brown. The female is slightly larger and darker than the male.

The call is a clear peee-lu.

The Honey Buzzard is seen in a wide range of habitats, but generally prefers woodland and exotic plantations. The bird often appears restless with much ruffling of the wings and shifting around on its perch. The Honey Buzzard often inspects possible locations of food from its perch, cocking its head this way and that to get a good look at possible food locations. This behaviour is reminiscent of an inquisitive parrot.

Honey Buzzards also hop from branch to branch, each time flapping their wings once, and so emitting a loud clap.

It has been suggested that the similarity in plumage between juvenile Honey Buzzards and Common Buzzard has arisen as a partial protection against predation by Northern Goshawks. Although that formidable predator is capable of killing both species, it is likely to be more cautious about attacking the better protected Buteo species, with its stronger bill and talons.

Similar mimicry is shown by the Asian Pernis species, which resemble the Spizaetus hawk-eagles 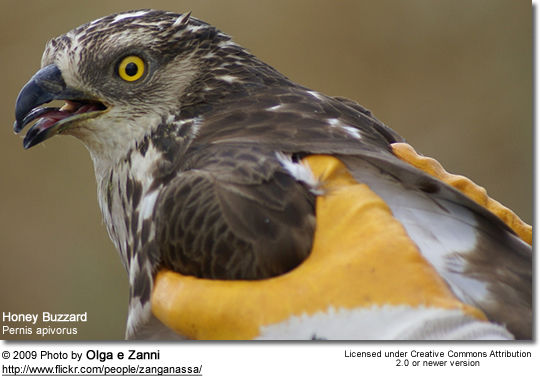