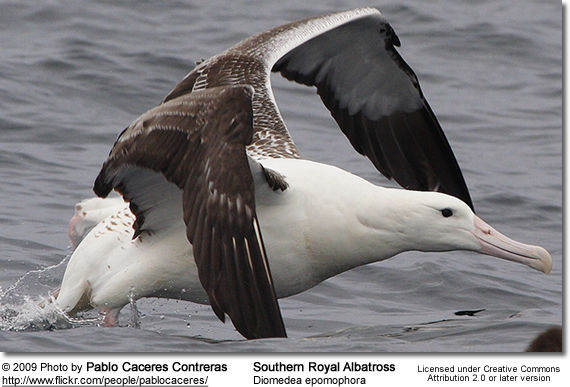 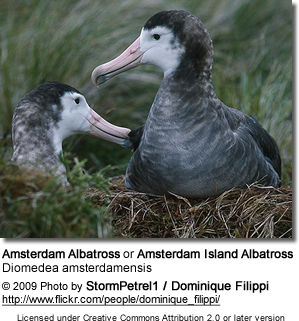 The Wandering Albatross and the Southern Royal Albatross are the largest of the albatrosses and are amongst the largest of flying birds. They have the largest wingspans of any bird; being up to 3.5 m (11 ft) from tip to tip, although the average is a little over 3 m (9.8 ft). Large adult males of these two species may exceed 11 kg (24 lb) in weight, as heavy as a large swan.

The great albatrosses are predominantly white in plumage as adults, with birds becoming whiter as they age. The two Royal Albatrosses at all ages and the larger, older male Wandering Albatrosses are totally white-bodied, while adult females and younger animals of the other species have dark pencilling marks on the edges of their feathers. Generally the smaller species or subspecies and the juveniles have more dark brown colour. The recently discovered Amsterdam Albatross retains the dark brown plumage of juvenile birds into adulthood. 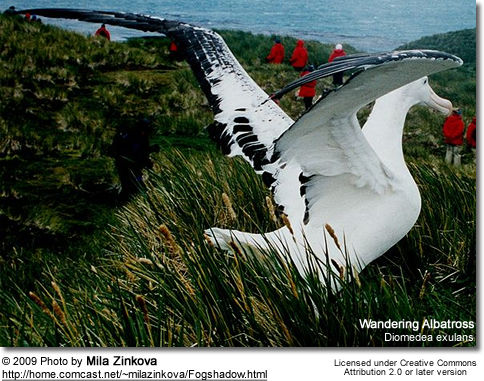 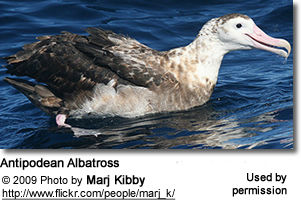 
The earliest known fossils of the genus are from the Middle Miocene, about 12-15 mya. By that time, the genera Phoebastria and Diomedea had already diverged. 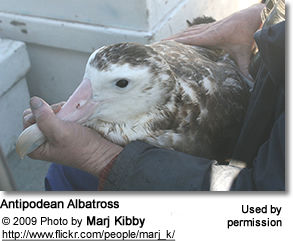 At least 4 species were found in the Early Pliocene deposits of Lee Creek Mine, North Carolina. These may in part be identical with the forms mentioned above. Assignment of the undescribed taxa to Diomedea is tentative since most of them were discovered before the splitting of this genus. Especially the Southern Hemisphere species probably belong to other genera.

Diomedea comes from the Greek hero Diomedes, who, legend has it, was driven by a storm to Italy and was stranded with his companions who were turned to birds. 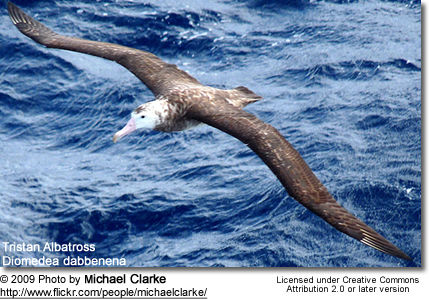 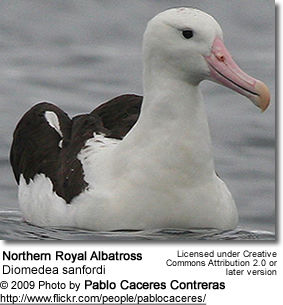