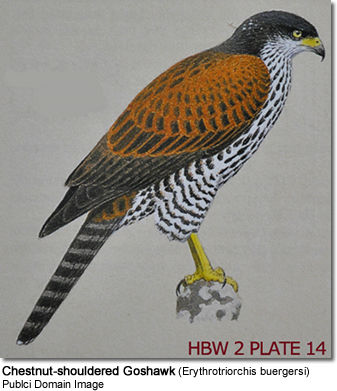 The Dunnock, Prunella modularis, is a small passerine bird found throughout temperate Europe and into Asia. It is by far the most widespread member of the accentor family, which otherwise consists of mountain species. It is sometimes called the Hedge Accentor, Hedge Sparrow or Hedge Warbler.

It is a resident in the milder west and south of its range, but as an insectivore, must migrate south from the colder parts of its range. It is a bird of woodland, shrub and gardens.

The Dunnock will not be seen using a bird feeder, but prefers to pick up food from the ground which has been dropped by other birds.

It is a host of the Common Cuckoo. It is likely that this association is recent, since other Cuckoo hosts have learned to discriminate between eggs, and the Cuckoo has consequently evolved eggs that match those of its host. In the case of the Dunnock, there is no resemblance, yet the Cuckoo eggs are accepted.

This is a Robin-sized bird, 13.5-14 cm in length, fairly drab in appearance, and somewhat resembling a small House Sparrow with its streaked back and general shape. It is also brownish underneath, and has a fine pointed bill. Adults have a grey head. Males and females look alikely colored.

This species makes up for its drab appearance with its breeding behaviour. Females are often polyandrous, breeding with two males at once, and thus giving rise to sperm competition. Males compete for mating access to the female, but DNA fingerprinting has shown that chicks within broods often have different fathers, depending on their success at monopolising access to the fertile female. Males provide parental care in proportion to their mating success, so it is not uncommon to see two males and a female provisioning nestlings at one nest. Polyandry is rare in birds, with only about 2% of species showing such a mating system; the majority are monogamous, where one male and one female breed together.

It builds a neat nest low in a bush or conifer, laying 3-5 unspotted blue eggs.

The song is thin and tinkling.