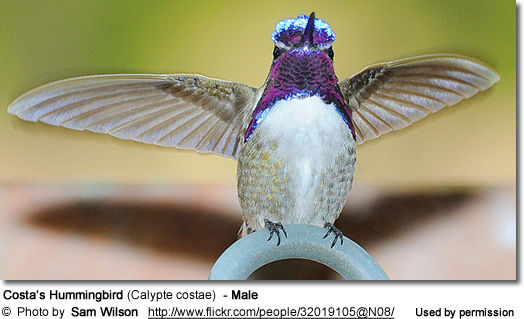 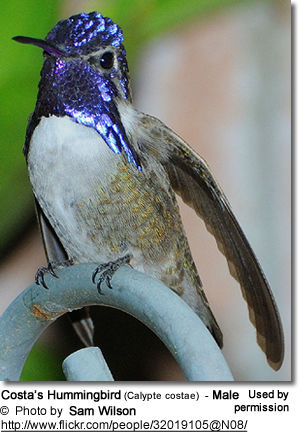 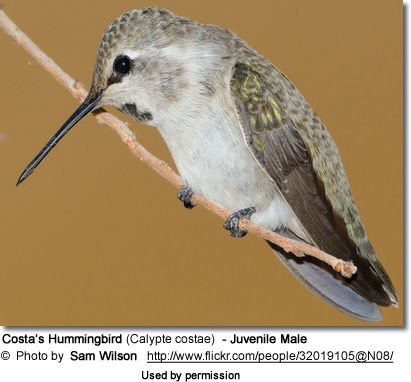 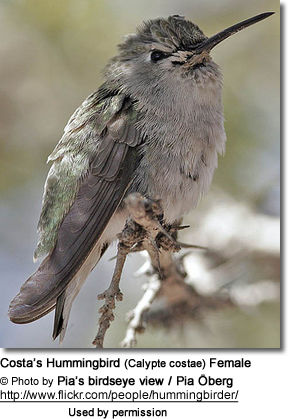 Costa''s Hummingbirds territorial / aggressive behavior towards predators (such as other birds, snakes, mammals, including humans) includes a rapid dive at the predator and elaborate flight displays. 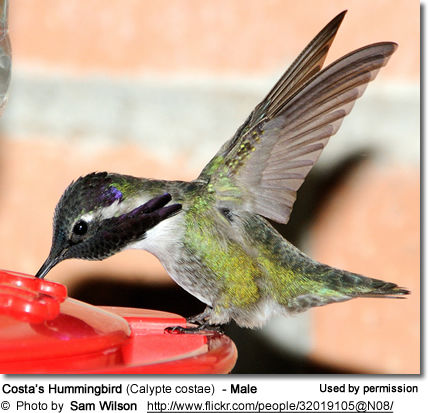