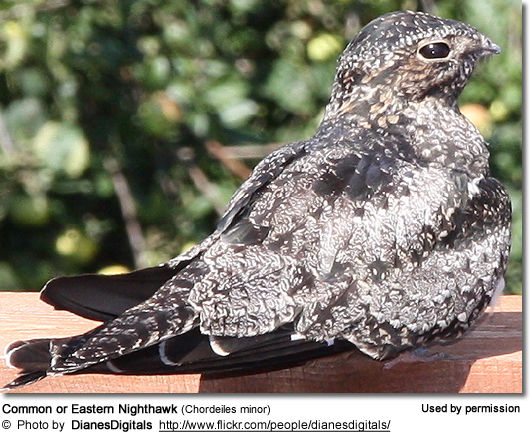 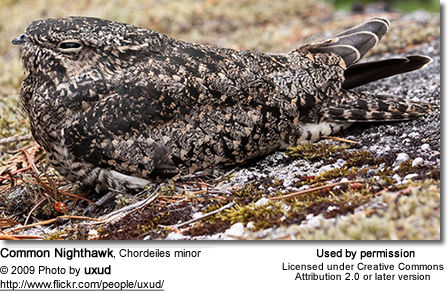 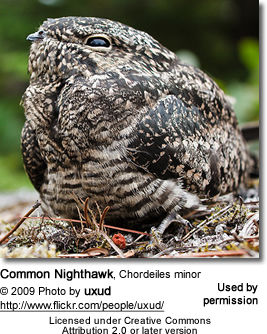 Common Nighthawks are called bullbats in many parts of the United States.

Even though these captivating birds are active during day or night, they typically forage around light sources at night, taking advantage of swarming insects.

The Common NIghthawks summer (breed) in Canada (Yukon east to Nova Scotia) and throughout most of the United States (except Hawaii). They migrate in flocks south to winter in South America. They are very rare vagrants to Western Europe.

They inhabit open or semi-open habitats, such as open woodlands, grasslands, farmlands, clearings, fields and beaches. They have also adapted well to living in urban areas (towns and cities), where they take advantage of flat roofs for nesting and are regularly observed chasing flying insects that are attracted to the bright artificial lights along the roads and around the sports fields and parks.

Even though the Common Nighthawk is still quite common throughout most of its range; its numbers have declined considerably in some locations for unknown reasons. 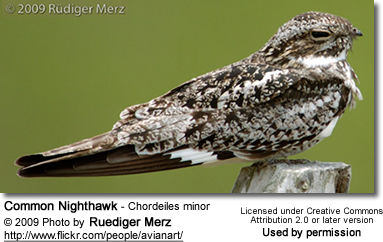 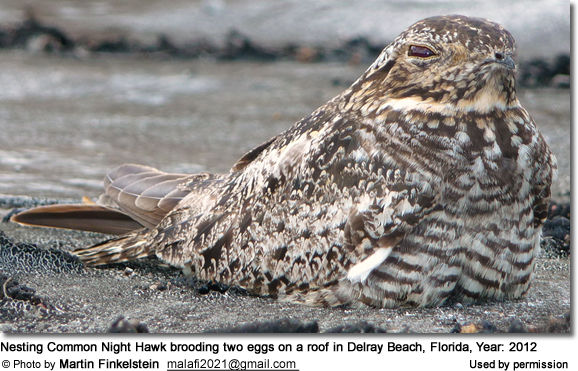 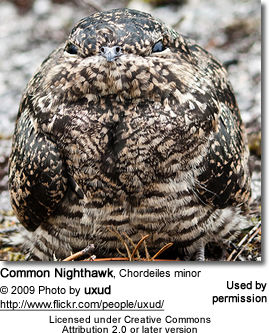 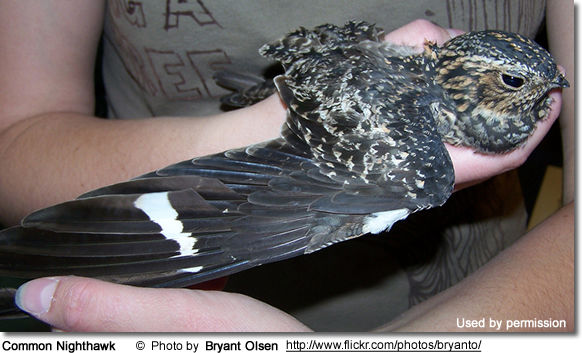 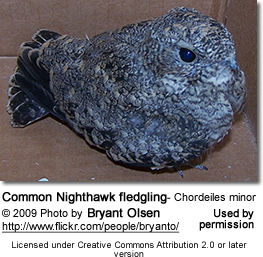 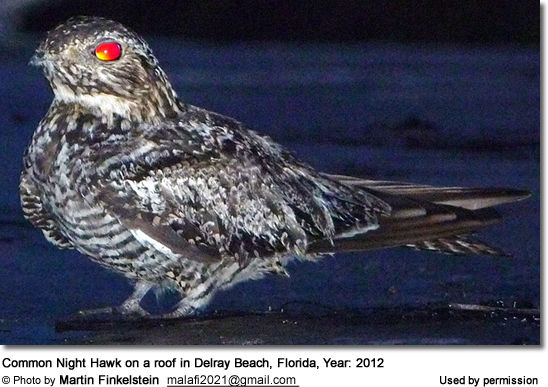 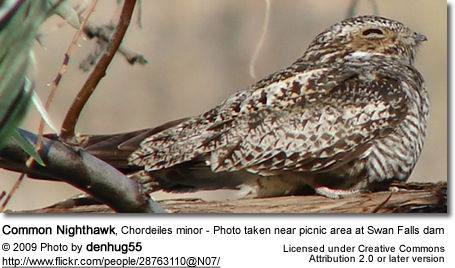 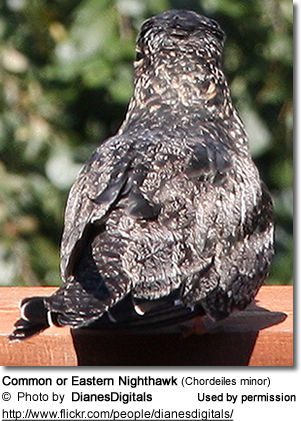 Its large head, big eyes and its tiny bill gives it a very cryptic appearance. On the ground it is well camouflaged by its mottled plumage that is patterned in different tones of browns, greys and black. The plumage below is white with black barring on the chest.

They have long, slender, sharply-pointed, bent wings with a white bar near the tips that are particularly visible in flight. The long, forked tail is dark-colored with white barring.

The Adult Male has a white throat patch and white tail bar.

The Adult Female has a light brown / tan-colored throat, and she doesn't have a tail bar.

The Juvenile resembles the adults, except for a paler plumage and more barring on the chest. The white wing patch is smaller.

They have special physical adaptations that facilitate foraging at night and catching prey in mid-air, for example: 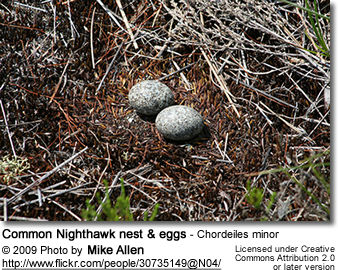 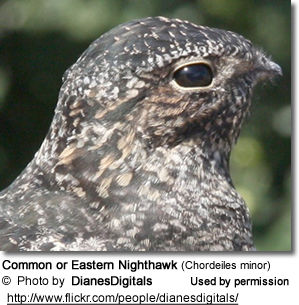 The Common Nighthawks' breeding season stretches from April through July.

The male performs a dramatic aerial display during courtship, flying first at moderate height, then diving straight towards the ground. When he is about 2 meters from the ground, he will turn upward. Near the end of his steep dive a deep booming swo-o-o-onk sound that is caused by air rushing through his wingtips as he flexes his wings downward. The intensity of this sound is said to be more or less proportional to the speed attained. This dive is usually part of a courtship display, but can also be directed at rival nighthawks and intruders (including people).

The nighthawk doesn't build a nest. The female lays 1 - 3 patterned eggs directly on the ground in an open gravely or lightly vegetated area, or sometimes in raised locations, including tree stumps. In cities and towns she will often lay her eggs on a flat gravel-covered roof. The female incubates the eggs for about 19 - 20 days. The chicks can move about on their own shortly after birth but will be feed by both their parents for about a month. The young will leave the nest when they are about 20 - 23 days old. She may raise second brood in the southern part of the United States. 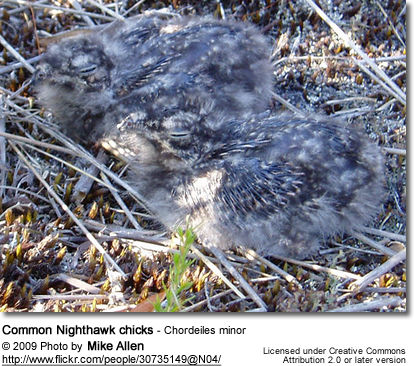 Its call is described as a short peet - usually heard overhead. 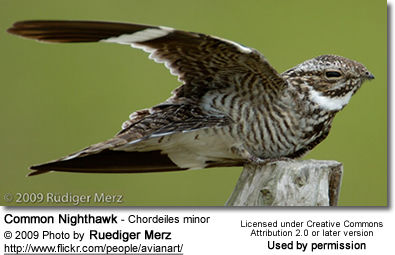