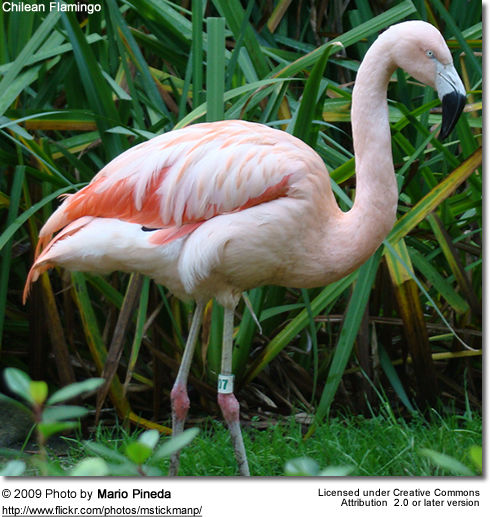 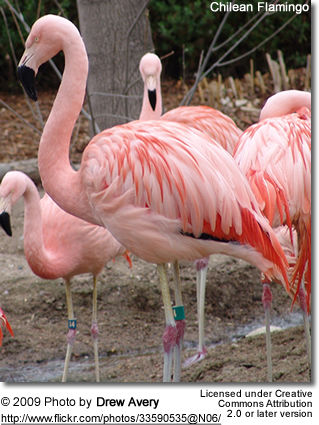 The Chilean Flamingos (Phoenicopterus chilensis) are closely related to Caribbean Flamingo and Greater Flamingo, with which they are sometimes considered conspecific (of, or belonging to, the same species).

The name "Flamingo" was derived from the latin word for "flame," in reference to this species's flame-colored plumage. The flamingo's characteristic pink / salmon-colored plumage is a result of their beta carotene-rich diet.

The Chilean Flamingo, the Puna Flamingo and the Andean Flamingo are the only flamingos native to South America.

They breed in temperate South America from Ecuador and Peru to Chile and Argentina and east to Brazil.

This species has also been introduced into Germany and the Netherlands with one colony on the border, Zwilbrockervenn.

The Chilean Flamingo's plumage is pinker than that of the slightly larger Greater Flamingo, but less so than Caribbean Flamingo. It can also be identified by its greyish legs with pink "knees" and the more extensive black markingson the bill. 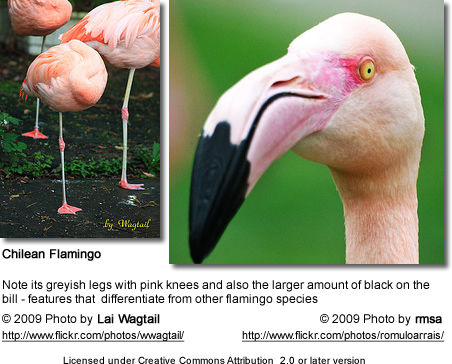 Chilean Flamingos nest in colonies. Even though they are typically non-territorial, they will defend their nest during the breeding season.

The female only lays one chalky white egg. The parents share the incubation of this egg, which lasts about 27 - 31 days to hatching.

For about two months, both parents feed the chicks with a substance called "crop milk" that contains various nutrients, such as fat and protein, as well as red and white blood cells. This milk is produced in glands lining the entire upper digestive tract (including the crop). Chicks usually leave the nest when they are about 4 to 7 days old, they will leave the nest; and often will gather together in creches that are watched over by a few adult birds. 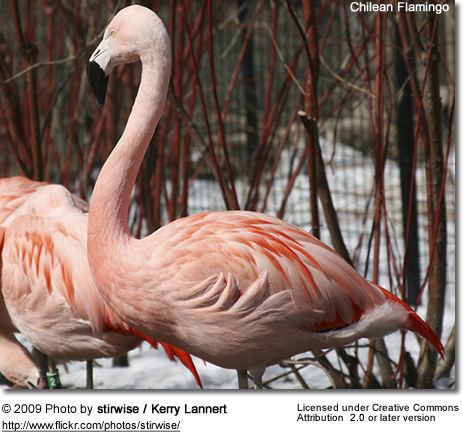 Chilean Flamingos feed on diatoms (blue-green algae) collected in shallow water through which they walk slowly with the bill dipped just below the water surface . Their specialized beaks separate mud and silt and the lamellae (miniature ridges inside the bills of water-feeding birds or "teeth") in the lower bill together with the large rough-surfaced tongue assist with the filtering of food.

The calls of the Chilean Flamingos are described as a loud goose-like honking. 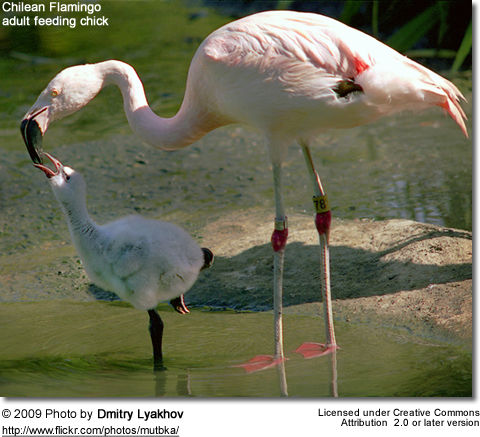 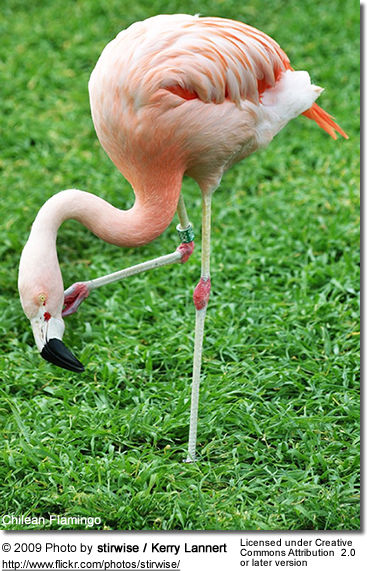