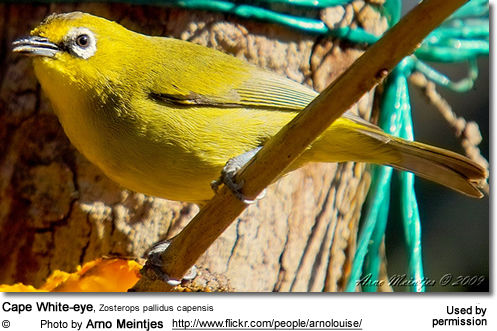 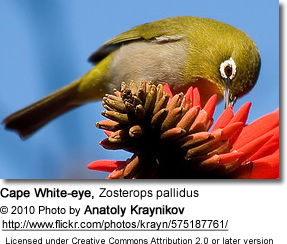 The Cape White-eye, Zosterops pallidus, is a small passerine bird in the white-eye family.

It is found in a wide range of densely to lightly wooded habitats in South Africa, Namibia, Botswana, Mozambique, Lesotho and Swaziland. Most populations are resident, but some perform minor seasonal movements.

There are six subspecies. Traditionally, the western nominate group and the eastern capensis group have been treated as separate species:

All subspecies interbreed where they come into contact (including members of the nominate group with members of the capensis group of both subgroups in Free State), but some authorities (e.g. IOC) maintain the Cape and Orange River White-eyes as separate species. 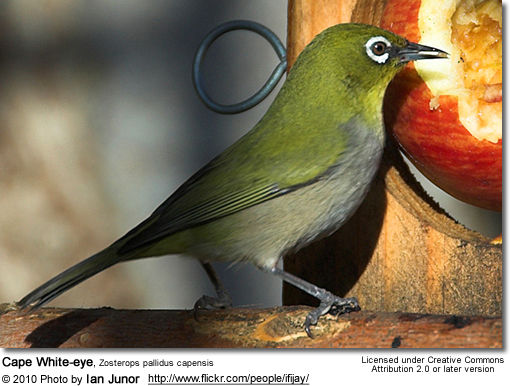 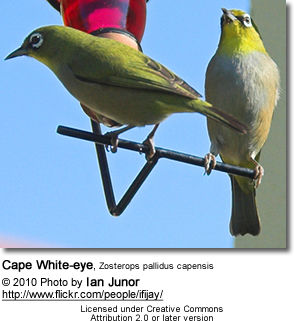 This species is about 12 cm long with rounded wings, strong legs, and a conspicuous ring of white feathers round the eyes.

The upperparts are green, and the throat and vent are bright yellow. The members of the nominate group have a pale yellow central belly with peach colored flanks.

They are very vocal, and constantly keep in touch with soft trilled pee, pree or pirreee callnotes.

The song consists of repeated long jerky phrases of sweet reedy notes, varying in pitch, volume and temp, usually starting off with teee teee or pirrup pirrup notes, then becoming a fast rambled jumble of notes, which may incorporate mimicked phrases of other birdcalls. 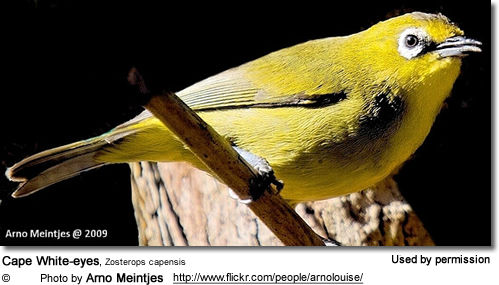 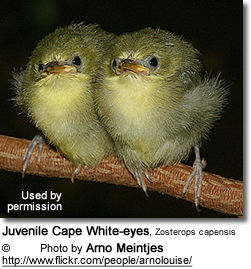 This is a sociable species forming large flocks outside the breeding season.

The peak breeding season is September to December.

It readily comes to bird feeders. 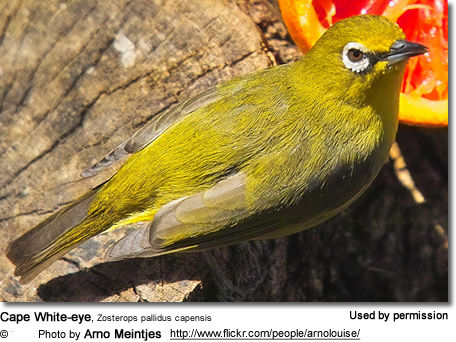 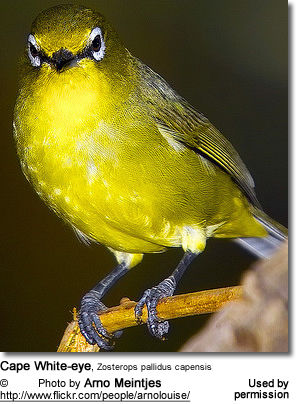 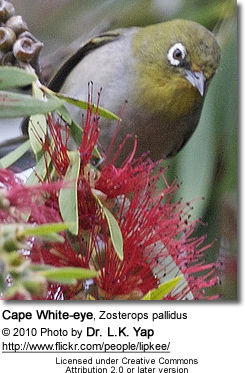 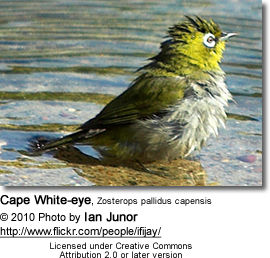 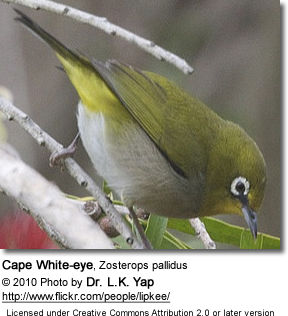 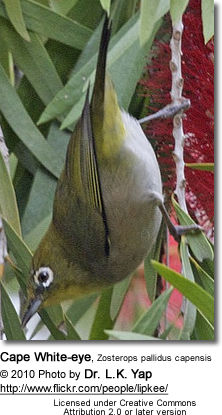 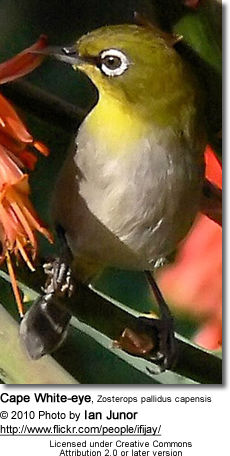 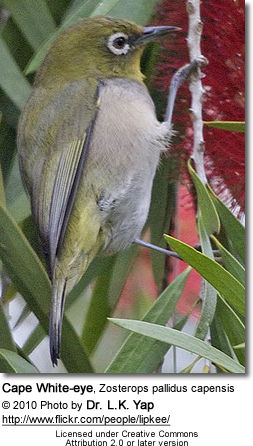