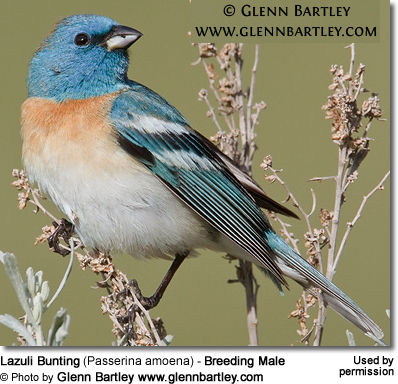 Buntings are a group of mainly European seed-eating birds with stubby, conical bills.

They are found in the Old World (Europa, Asia, and Africa).