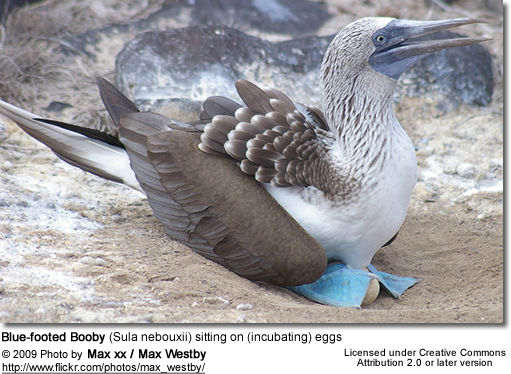 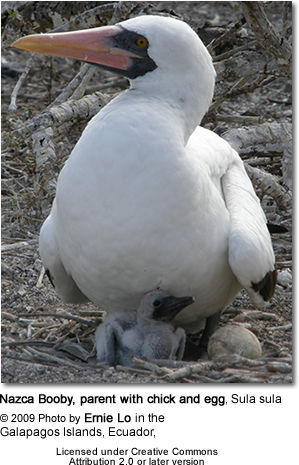 A booby is a seabird in the Sula genus, part of the Sulidae family. Boobies are closely related to the gannets (Morus), which were formerly included in Sula.

Their name was possibly based on the Spanish slang term bobo, meaning "dunce", as these tame birds had a habit of landing on board sailing ships, where they were easily captured and eaten. Owing to this, boobies are often mentioned as having been caught and eaten by shipwrecked sailors, notably Captain Bligh of the Bounty and his loyalists, during their famous voyage after being set adrift by Fletcher Christian and his mutineers.

They hunt fish by diving from a height into the sea and pursuing their prey underwater. Facial air sacs under their skin cushion the impact with the water.

Boobies are colonial breeders on islands and coasts. They normally lay one or more chalky-blue eggs on the ground or sometimes in a tree nest.

Five of the six extant Sulidae species called "boobies" are in the genus Sula, while the three gannets are usually treated in the genus Morus. Abbott's Booby was formerly included in Sula but is now placed in a monotypic (only one species) genus Papasula which represents an ancient lineage perhaps closer to Morus.[1]

Some authorities consider that all nine species should be considered congeneric in Sula. However, they are readily told apart, by means of osteology. The distinct lineages of gannets and boobies are known to have existed in such form, since at least the Middle Miocene, c.15 mya (Olson 1985).

The fossil records of boobies are not as well documented as that of the gannets; possibly because the species of boobies were less numerous in the late Miocene to Pliocene, when gannets had their highest diversity or due to the more tropical distribution of boobies, many fossil species have simply not been found yet, as most localities are in continental North America or Europe.


Placement of "Sula" ronzoni (Early Oligocene of Ronzon, France) in this genus (and indeed in the Sulidae) is uncertain; it was initially described as a Mergus sea-duck, but this is incorrect. Later, it was proposed to be related to cormorants and the genus Prophalacrocorax was erected for it; this is erroneous (Olson 1985 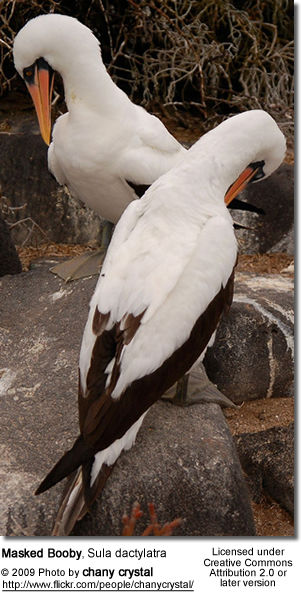 Copyright: Wikipedia. This article is licensed under the GNU Free Documentation License. It uses material from the Wikipedia.org. ... Additional information by Avianweb. 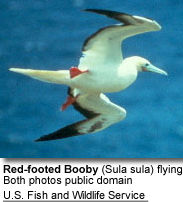 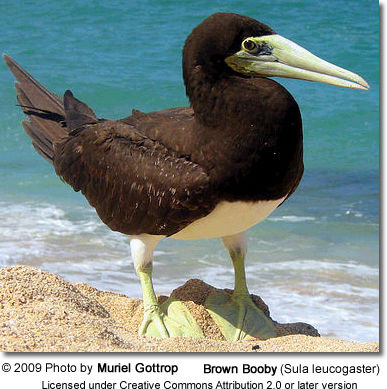