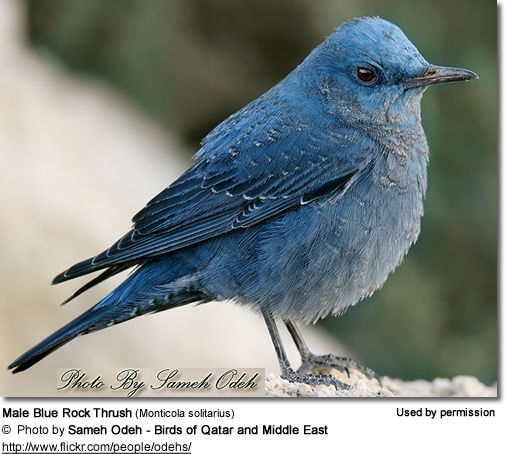 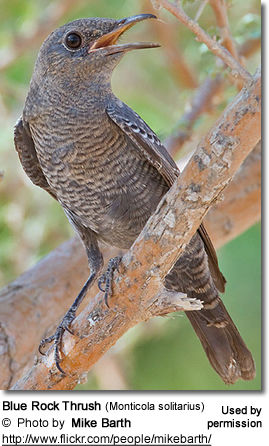 The Blue Rock Thrushes (Monticola solitarius) are members of the thrush family (Turdidae). Their wide range stretches from Europe south through the Mediterranean Sea to Africa and east to Asia.

In Malta, these birds were given special status as "National Birds" as part of an effort to protect these birds from extinction. Their eggs were popular by collectors and as their nests were being robbed, their numbers declined, and these birds became rare. In addition to being Malta's national bird, it is also featured on the Lm 1 coins of the country. It is now illegal to hunt these birds or to disturb their nests.

This species breeds in southern Europe and North Africa, the Middle East and across Asia to northern China, Japan and Malaysia. Vagrants have been reported in northern and Western Europe.

Populations found in Europe, northern Africa and Southeast Asia are mostly sedentary (non-migratory), except for some altitudinal movements.

Others are migratory, traveling south to winter in sub-Saharan Africa, India and southeast Asia.

They inhabit rocky coastlines and cliffs and mountain valleys. Migrating birds can be found in groves, open meadows and forests. 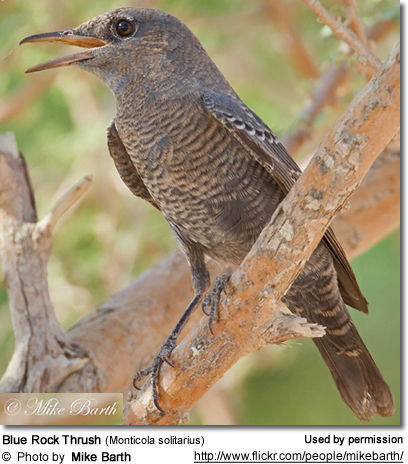 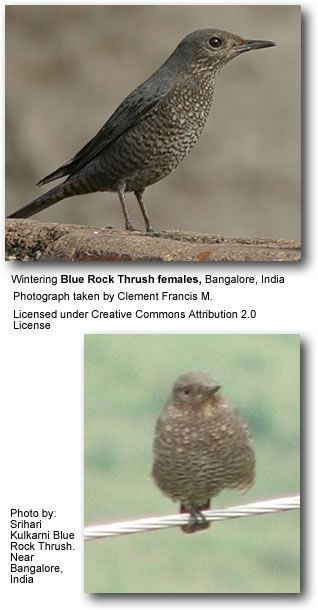 Feed on a wide variety of insects, lizards, fruits and berries.

Breeding mostly occurs between May and July.

The Blue Rock Thrushes nest in open mountainous areas on cliffs and rocky slopes. The females construct the nests with dry grass stems and thin grasses. The nests are lined with rootlets and other soft plant material found in their environment.

The average clutch consists 5 eggs, but as few as 3 or as many as 7 can be laid. Both parents feed and protect the young.

After the breeding season, the birds begin their migration to their wintering ranges in the second half of August to mid-September.