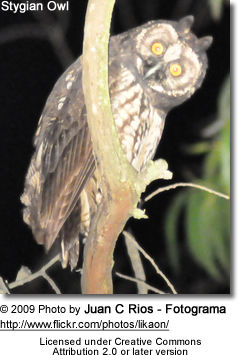 Asio is a genus of typical owls, or true owls, in family Strigidae.

This group has representatives over most of the planet, and the Short-eared Owl is one of the most widespread of all bird species, breeding in Europe, Asia, North and South America, the Caribbean, Hawaii and the Galápagos Islands. Its geographic range extends to all continents except Antarctica and Australia.

The two northern species are partially migratory, moving south in winter from the northern parts of their range, or wandering nomadically in poor vole years in search of better food supplies. Tropical Asio owls are largely sedentary.

These are medium-sized owls, 30-46 cm in length with 80-103 cm wingspans. They are long winged and have the characteristic facial disc.

Asio owls are mainly nocturnal, but Short-eared Owls are also crepuscular (active during the twilight). Most species nest on the ground, but the Long-eared Owl, Asio otus, nests in the old stick nests of crows, ravens and magpies (family Corvidae) and various hawks.

These owls hunt over open fields or grasslands, taking mainly rodents, other small mammals and some birds. 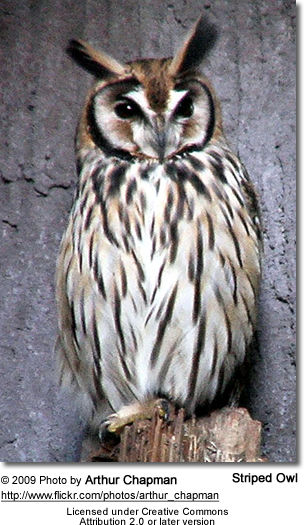