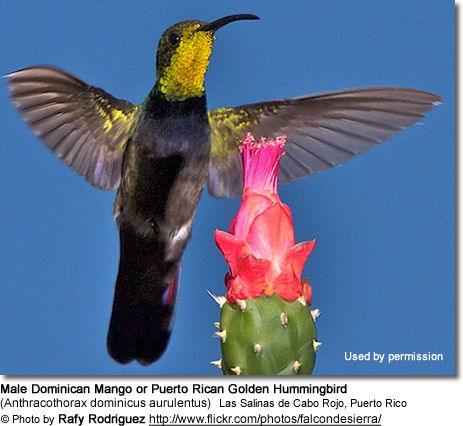 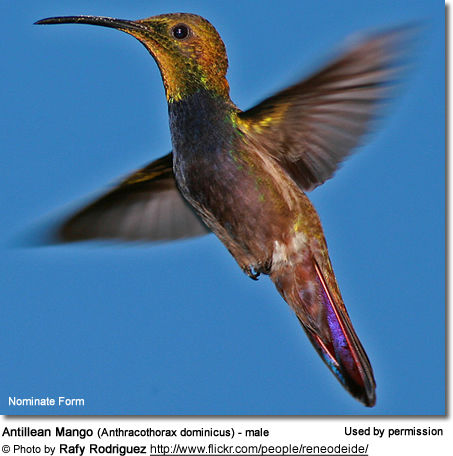 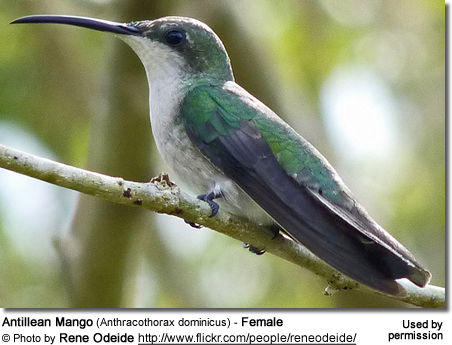 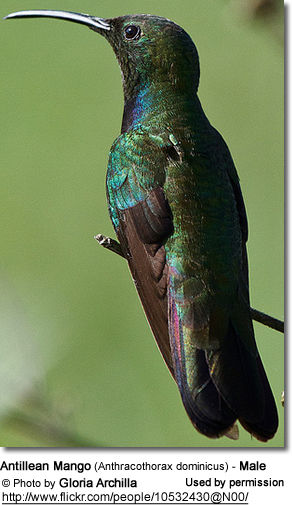 Its habitats are subtropical or tropical dry or moist lowland forests, and heavily degraded former forest. 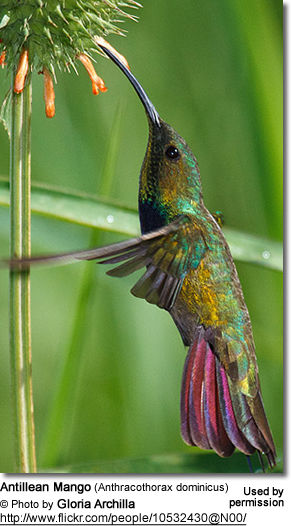 The Antillean Mangos average 4.72 inches / 12 cm in length (including the beak and tail).

Adult Male: The male has a coppery-green upper plumage. His head has a stronger coppery sheen to it than the back. His chest is dark-blue / blackish turning brown towards the abdomen. His outer tail feathers are purplish - violet colored. In the Puerto Rican subspecies, the throat has a strong golden sheen.

Adult Female: The upper plumage is green with a bluish tint. Below she is greyish.

Juveniles look similar to the female ... Immature males have a black stripe down the center of whitish underparts. 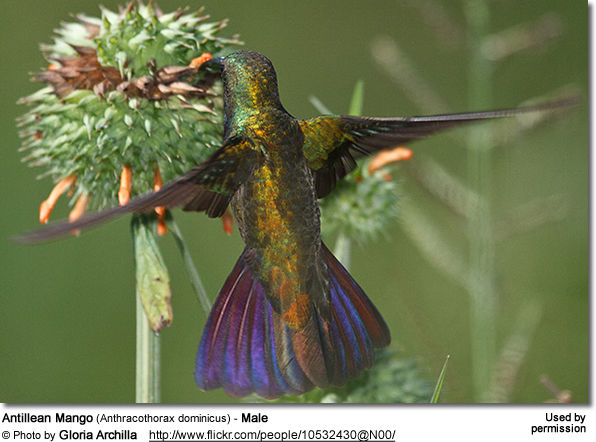 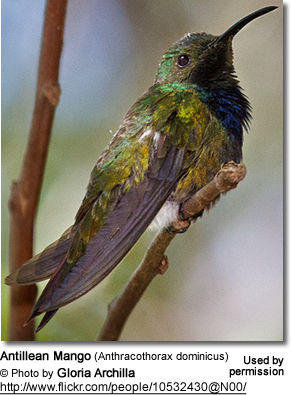 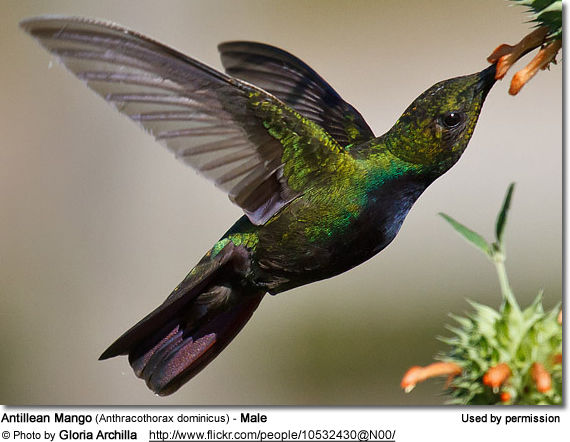 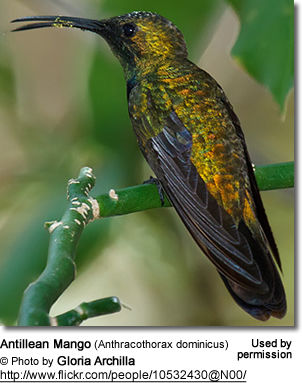 They primarily feed on nectar taken from a variety of brightly colored, scented small flowers of trees, herbs, shrubs and epiphytes. They favor flowers with the highest sugar content (often red-colored and tubular-shaped) and seek out, and aggressively protect, those areas containing flowers with high energy nectar.They use their long, extendible, straw-like tongues to retrieve the nectar while hovering with their tails cocked upward as they are licking at the nectar up to 13 times per second. Sometimes they may be seen hanging on the flower while feeding. 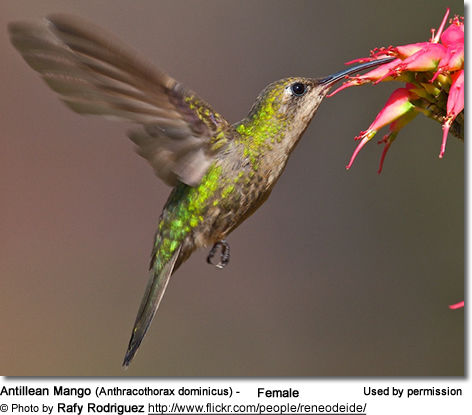