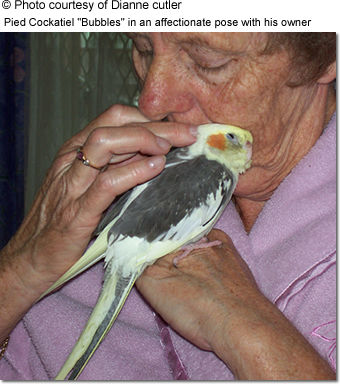 Document to be presented to airline

(a) As a carrier, you must permit a service animal to accompany a passenger with a disability.

(1) You must not deny transportation to a service animal on the basis that its carriage may offend or annoy carrier personnel or persons traveling on the aircraft.

(2) On a flight segment scheduled to take 8 hours or more, you may, as a condition of permitting a service animal to travel in the cabin, require the passenger using the service animal to provide documentation that the animal will not need to relieve itself on the flight or that the animal can relieve itself in a way that does not create a health or sanitation issue on the flight.

(b) You must permit the service animal to accompany the passenger with a disability at any seat in which the passenger sits, unless the animal obstructs an aisle or other area that must remain unobstructed to facilitate an emergency evacuation.

(d) As evidence that an animal is a service animal, you must accept identification cards, other written documentation, presence of harnesses, tags, or the credible verbal assurances of a qualified individual with a disability using the animal.

(e) If a passenger seeks to travel with an animal that is used as an emotional support or psychiatric service animal, you are not required to accept the animal for transportation in the cabin unless the passenger provides you current documentation (i.e., no older than one year from the date of the passengers scheduled initial flight) on the letterhead of a licensed mental health professional including a medical doctor specifically treating the passenger’s mental or emotional disability (e.g., psychiatrist, psychologist, licensed clinical social worker) stating the following:

(1) The passenger has a mental or emotional disability recognized in the Diagnostic and Statistical Manual of Mental Disorders - Fourth Edition (DSM IV);

(2) The passenger needs the emotional support or psychiatric service animal as an accommodation for air travel and/or for activity at the passenger’s destination;

(3) The individual providing the assessment is a licensed mental health professional, and the passenger is under his or her professional care; and

(4) The date and type of the mental health professional’s license and the state or other jurisdiction in which it was issued.

(g) Whenever you decide not to accept an animal as a service animal, you must explain the reason for your decision to the passenger and document it in writing. A copy of the explanation must be provided to the passenger either at the airport, or within 10 calendar days of the incident.

(h) You must promptly take all steps necessary to comply with foreign regulations (e.g., animal health regulations) needed to permit the legal transportation of a passenger’s service animal from the U.S. into a foreign airport.

(i) Guidance concerning the carriage of service animals generally is found in the preamble to this rule. Guidance on the steps necessary to legally transport service animals on flights from the U.S. into the United Kingdom is found in 72 FR 8268-8277, (February 26, 2007).